The untold story behind the most shocking political upheaval in the country. 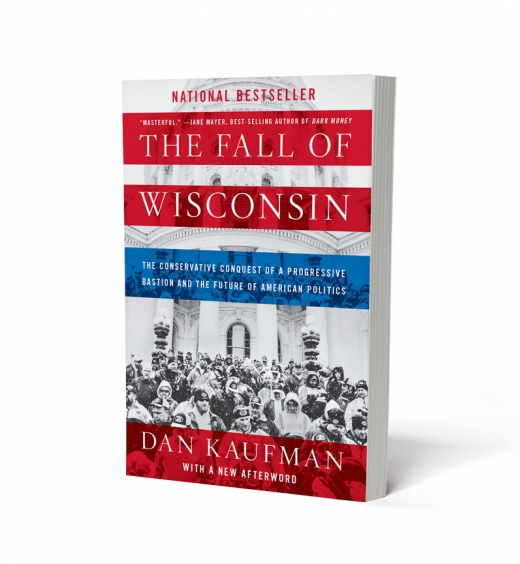 THE FALL OF WISCONSIN

The Conservative Conquest of a Progressive

Bastion and the Future of American Politics

The Fall of Wisconsin is a deeply reported, searing account of how the state’s progressive tradition was undone and Wisconsin itself turned into a laboratory for national conservatives bent on remaking the country. Neither sentimental nor despairing, the book tells the story of the systematic dismantling of laws protecting the environment, labor unions, voting rights, and public education through the remarkable battles of ordinary citizens fighting to reclaim Wisconsin’s progressive legacy.

DAN KAUFMAN (@dankaufman70) has written for The New York Times Magazine and The New Yorker. Originally from Wisconsin, he now lives in Brooklyn with his wife and son. Email Dan.

No events scheduled at this time.

Praise for The Fall of Wisconsin

“[The Fall of Wisconsin] laments the state’s recent trajectory and chronicles ‘the conservative war’ on its political legacy…. Sharply reported.”

“Belongs with well-known recent studies such as J.D. Vance’s Hillbilly Elegy and Arlie Russell Hochschild’s Strangers in Their Own Land.”

“Dan Kaufman shows how the state became a conservative test case…. Kaufman believes that Wisconsin’s extreme makeover portends something scary for the rest of us.”

“Kaufman’s taut primer on Wisconsin progressivism hits his mark…. [A]n indispensable guide for activists who wish to have any hope of taking on the vast Republican infrastructure.”

“The Fall of Wisconsin shows that the most important story in American politics was hiding in plain sight.”

“A deep, heartbreaking dive into a state’s shift to the right tells the story of national politics in miniature.”

“Absorbing…. [Kaufman] presents the state as emblematic of nationwide trends.”

“Kaufman burrows badgerlike into the politics of America’s Dairyland, unearthing the personal histories of its people…. In doing so, he reveals Wisconsin’s transformation from a ‘pioneering beacon’ of progressive policies, responsible for the nation’s first worker’s-comp and unemployment-insurance programs, to ‘a laboratory for corporate interests.’”

“This is a book about political power, its seizure, its uses, and its victims—a powerful amassing of tiny stories of struggle and resistance and often defeat against impossible odds.”